SINFONÍA TRÓPICO celebrated biodiversity in Tadó-Chocó from 5 to 17 of November 2018. During these two weeks, we created with the young people of this territory artistic works through workshops of music and scenic arts, audiovisual and photography, body-culture-territory, mural and intervention in the public space, fashion design and sewing, gastronomy and writing. 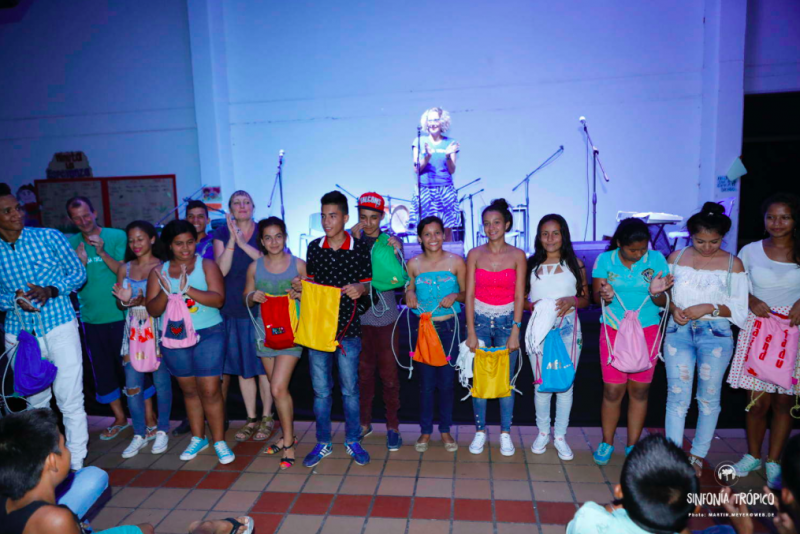 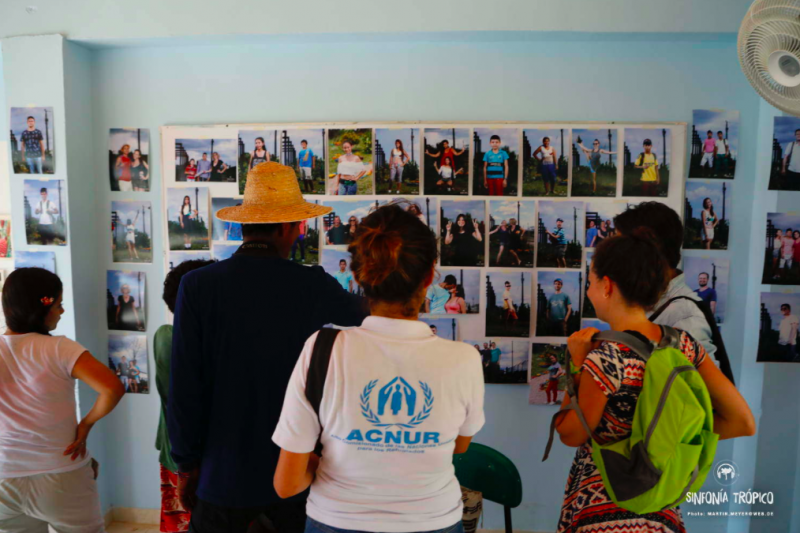 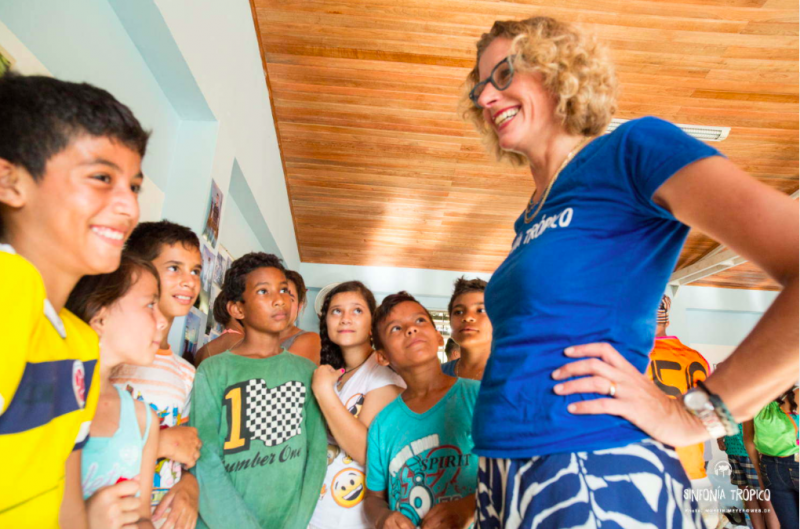 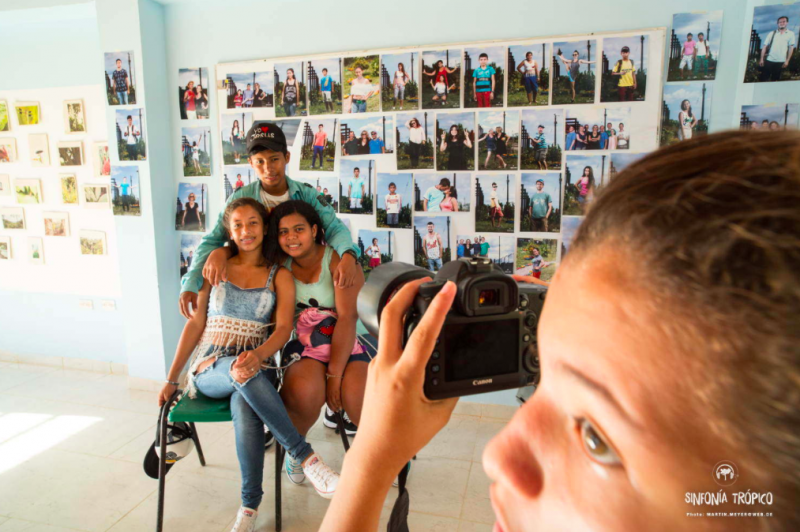 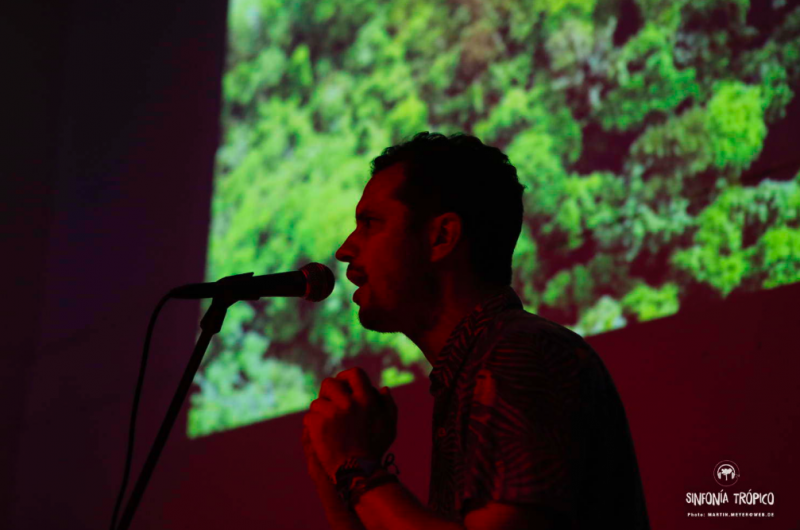 Tadó is a representative place of the Biogeographic Pacific, to the east of the department of Chocó between the rivers Mungarrá and San Juan. Through creative and artistic workshops, together with eighty young people, we reflect on the changes in nature caused by human activities, and how these modify our coexistence with the environment. The main economic activities carried out in the municipality are mining (gold), forestry and agriculture. These extractive economic activities, particularly mining, are characterized by uncontrolled and unplanned exploitation.

The musician and composer Camilo Martínez, the artist Juanita Delgado and the contemporary dancer René Arriaga worked closely with Mitú's musicians, dancers and young people. Together they created a special and unique musical called ¡Mirá mi Pueblo!, a musical full of resistance and life, with letters of denunciation and hope about the coexistence with the waters contaminated by mercury spilt by illegal and legal mining.

The gastronomy workshop given by Rogelio, an expert in Colombian cuisine, consisted in the elaboration of recipes that include ingredients typical of the region, and that propose an innovative bet that goes to diverse preparation forms and mixtures, as well as different and complementary to the traditional ones. Every day the participants would describe in detail what had been prepared and the history behind each dish. The aim was for the participants to understand the cultural dimension of gastronomy, the multiple possibilities offered by the natural resources of the region, and the encounter that can be generated in the joint construction of contents from what we eat.

The writing workshop led by Velia Vidal creator of MOTETE, dealt with local oral and written culture, songs, praises and lullabies. Travel diaries from the XIX century were read concerning the present culture, poetry, singing and the transformations of the landscape.

In this workshop led by the artist and designer Matthias Strauß, we learned how to create the costumes and generate the exclusive scenography for the final presentation ¡Mirá mi pueblo! The exercise of being in dialogue with the creation of the musical to generate the specific artistic implements and to create all the necessary atmosphere of the staging.

In the audiovisual workshop given by the artistic director of SINFONÍA TRÓPICO Lillevan and supported by Elizabeth Gallon, the 13 participants learned about the whole process of a cinematographic work, from pre-production to projection in public space. Pesca-dó is the title of the short film that narrates through Juan's eyes the reality of the San Juan River and the Mungarrá River, in relation to the contamination of these by mercury spilt by the illegal gold mining in the region.

Mateo Pérez led the photography workshop that focused on teaching the fundamentals of the photographic language to a group of 15 students from Tadó (Chocó) using ancient photography techniques such as pinhole cameras, lumen prints and blueprints. Through these analogous techniques, they were able to observe the optical and chemical functioning of photography through exercises in which they reflected about its environment and how through art it is possible to question and point out the own behaviour with the own natural environment.

These workshops focused on the value of the lives and the territories.

What do we value collectively? What are our goals and desires? We met the young people of Tadó to recognize the biological value of Chocó, through drawing, painting and performance. The young people expressed their wishes and concerns about the lack of opportunities that often make mining the only economic alternative in the region. From interdisciplinary exercises and word circles, we co-created a mural and a performance. The Diversity Mural highlighted the characteristic species of the region, among them some in danger of extinction or affected by the use of mercury in the extraction of Gold, as the fish that are part of the daily diet of the chocoanos. Each participant painted on the wall a letter and an animal prepared in previous workshops. After dialoguing with the people of the village about biodiversity, we made a performance in the central square of Tadó. We made a drawing with gold dust on the ground that represented the San Juan River and the Atrato River as the roots of a tree. With totumes full of water we cleaned the drawing in the middle of a strong rain, while we chanted together the phrase "the rivers are the true gold of our villages". Colectivo Atempo