Between April 18 and 29, 2022 we worked in partnership with the PDP Cesar to carry out the Peace and Biodiversity Festival in Perijá, with young people from the Serranía del Perijá, from Manaure, La Paz, San José de Oriente and Vereda Tierra Grata. The objective of this festival was to unite young people around the natural wealth and biodiversity of the forest, leaving their differences aside to work together for the protection of the environment. 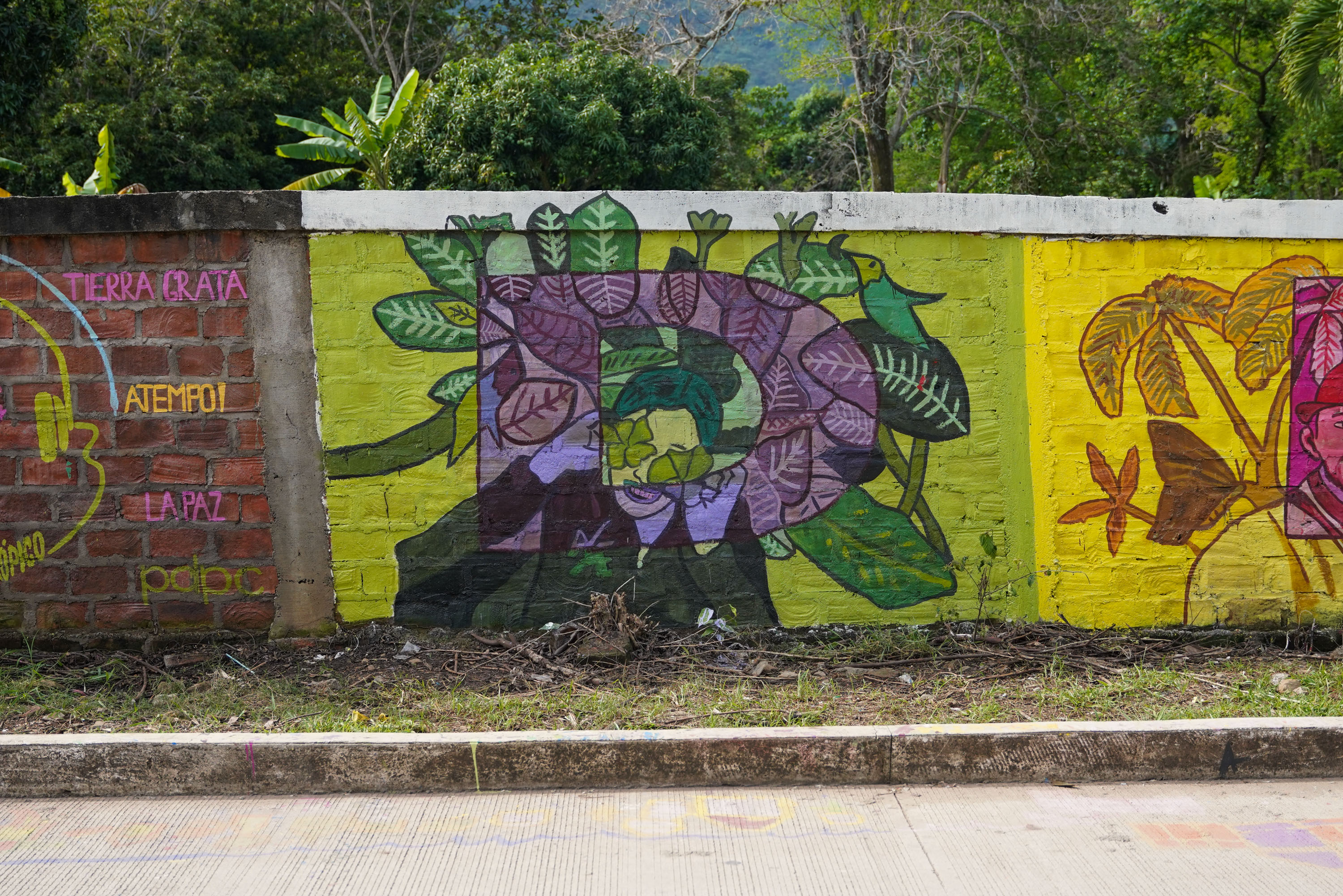 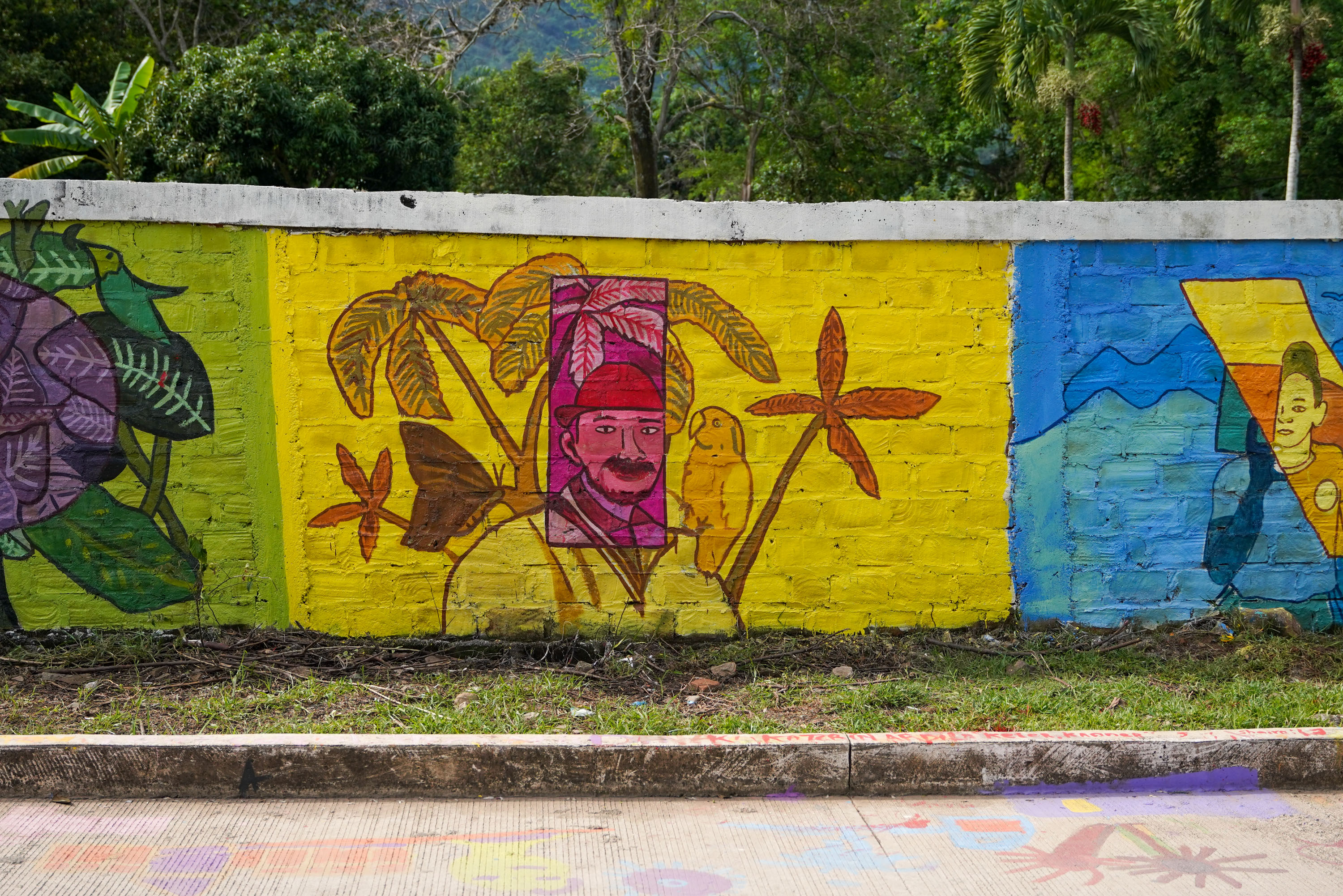 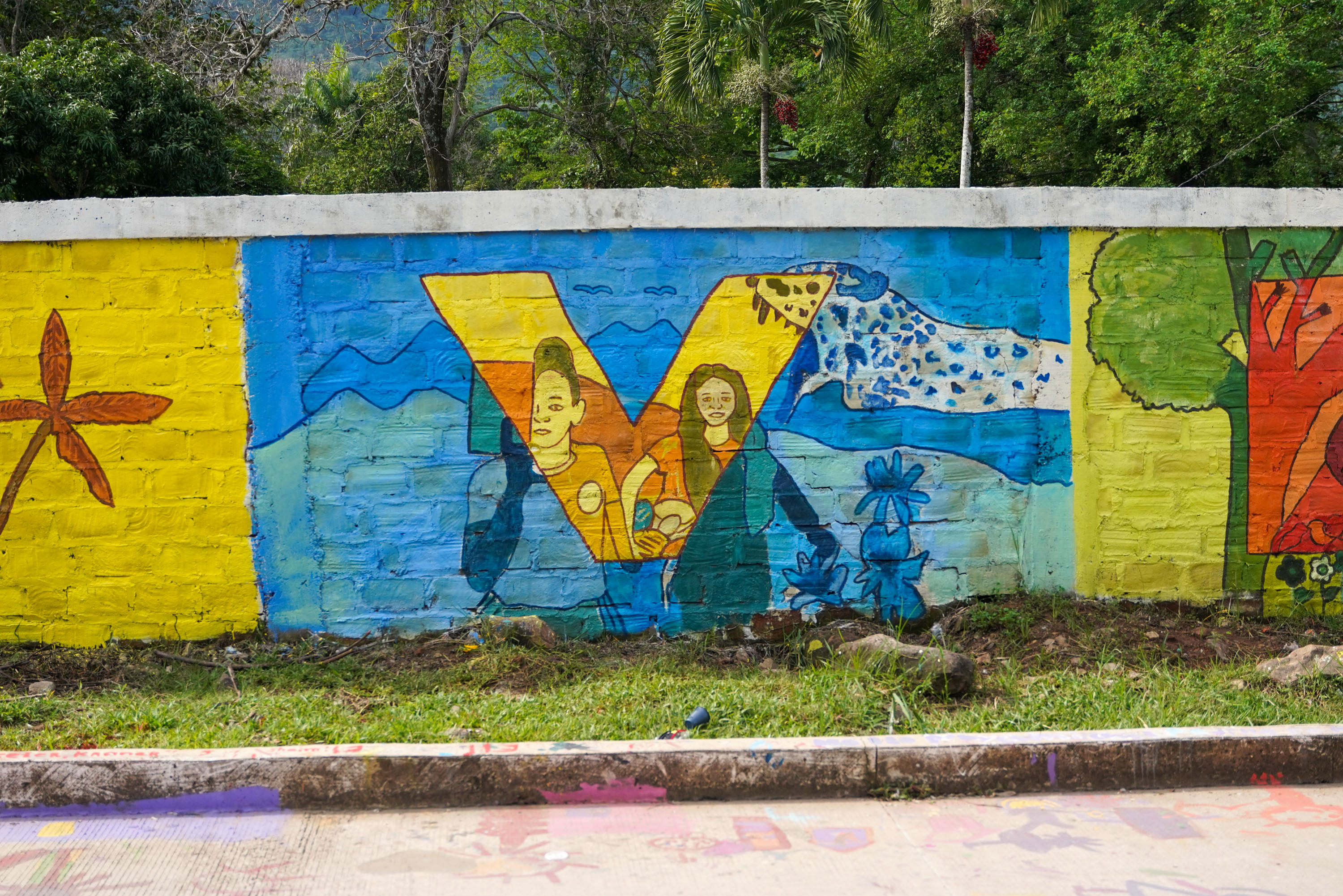 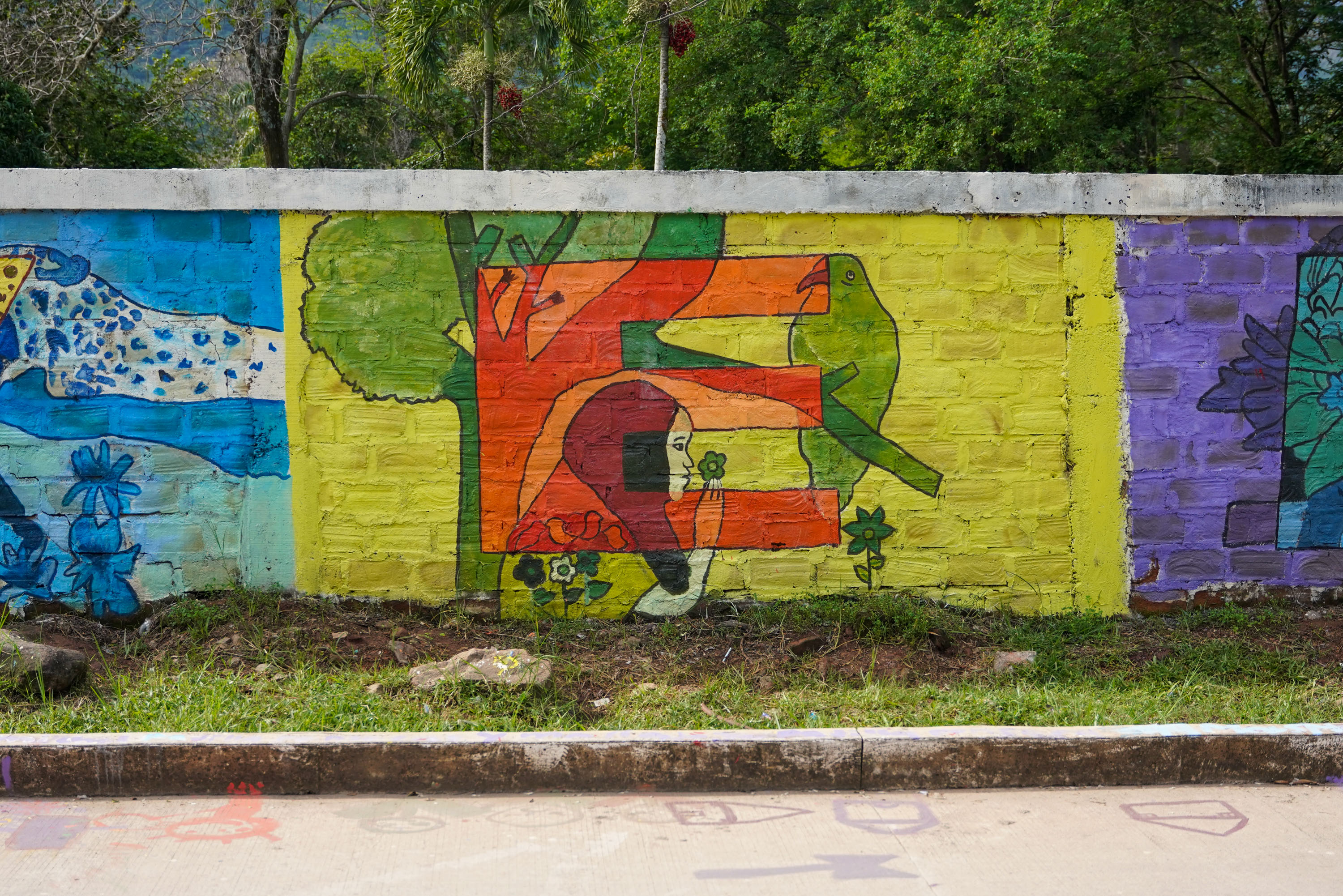 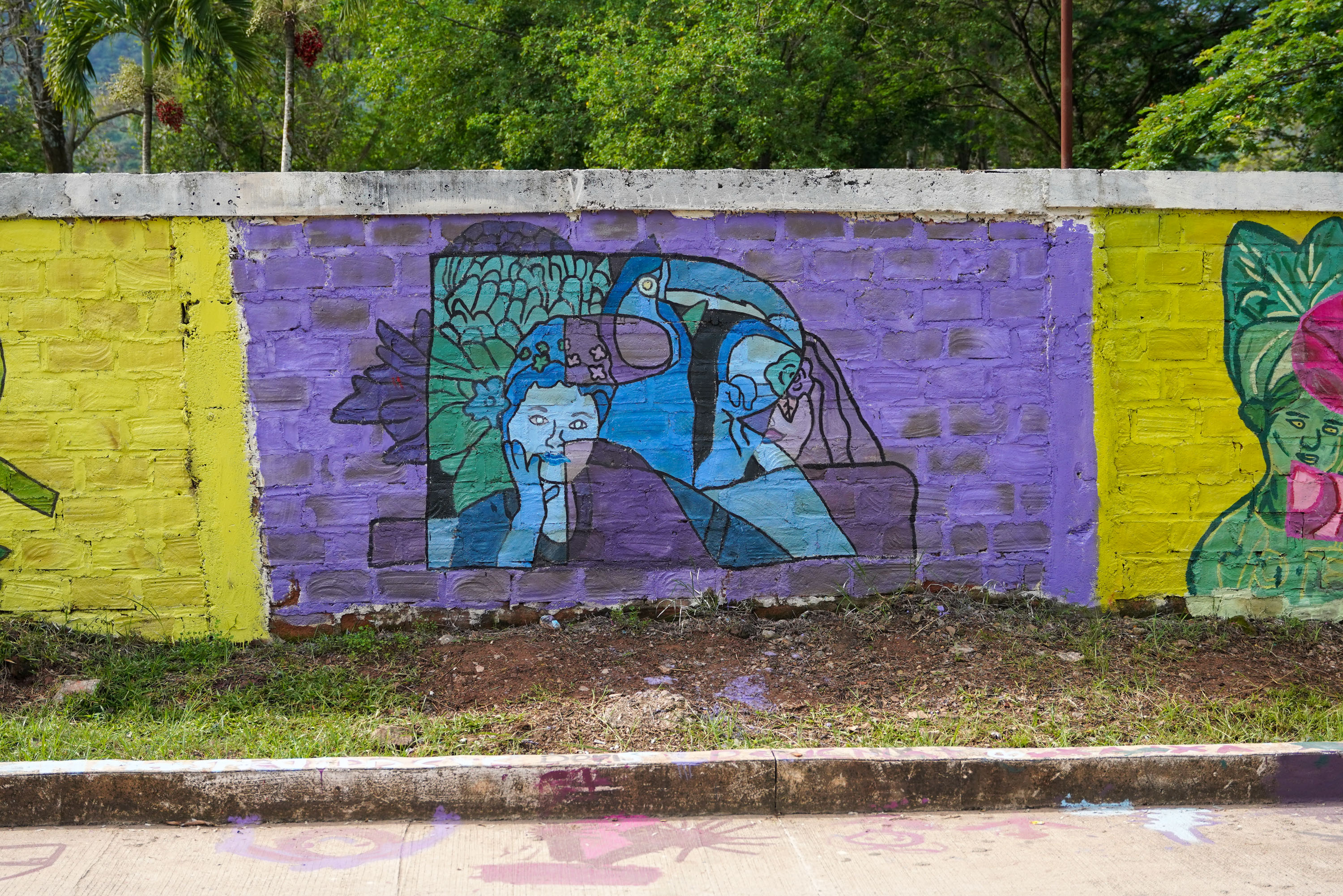 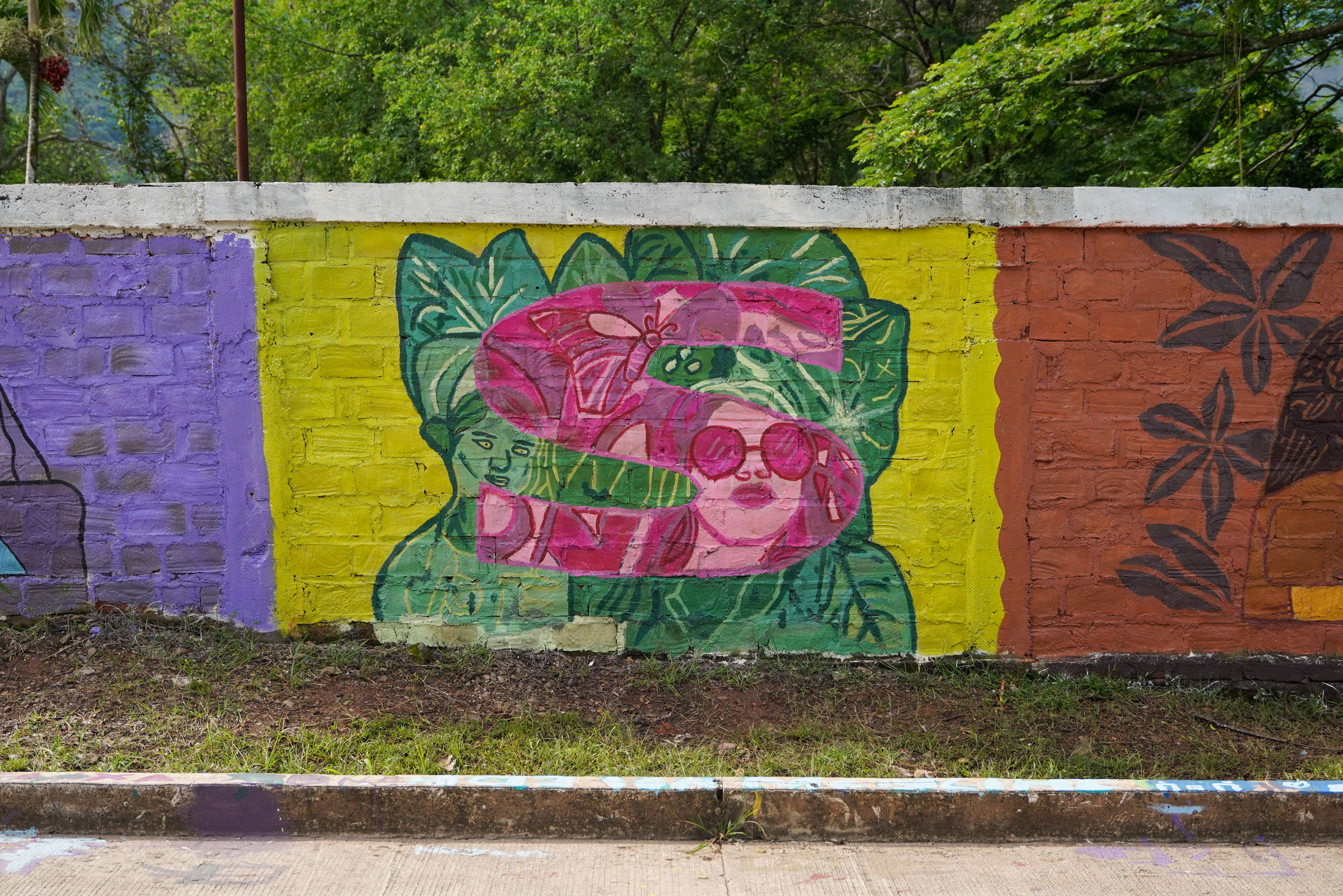 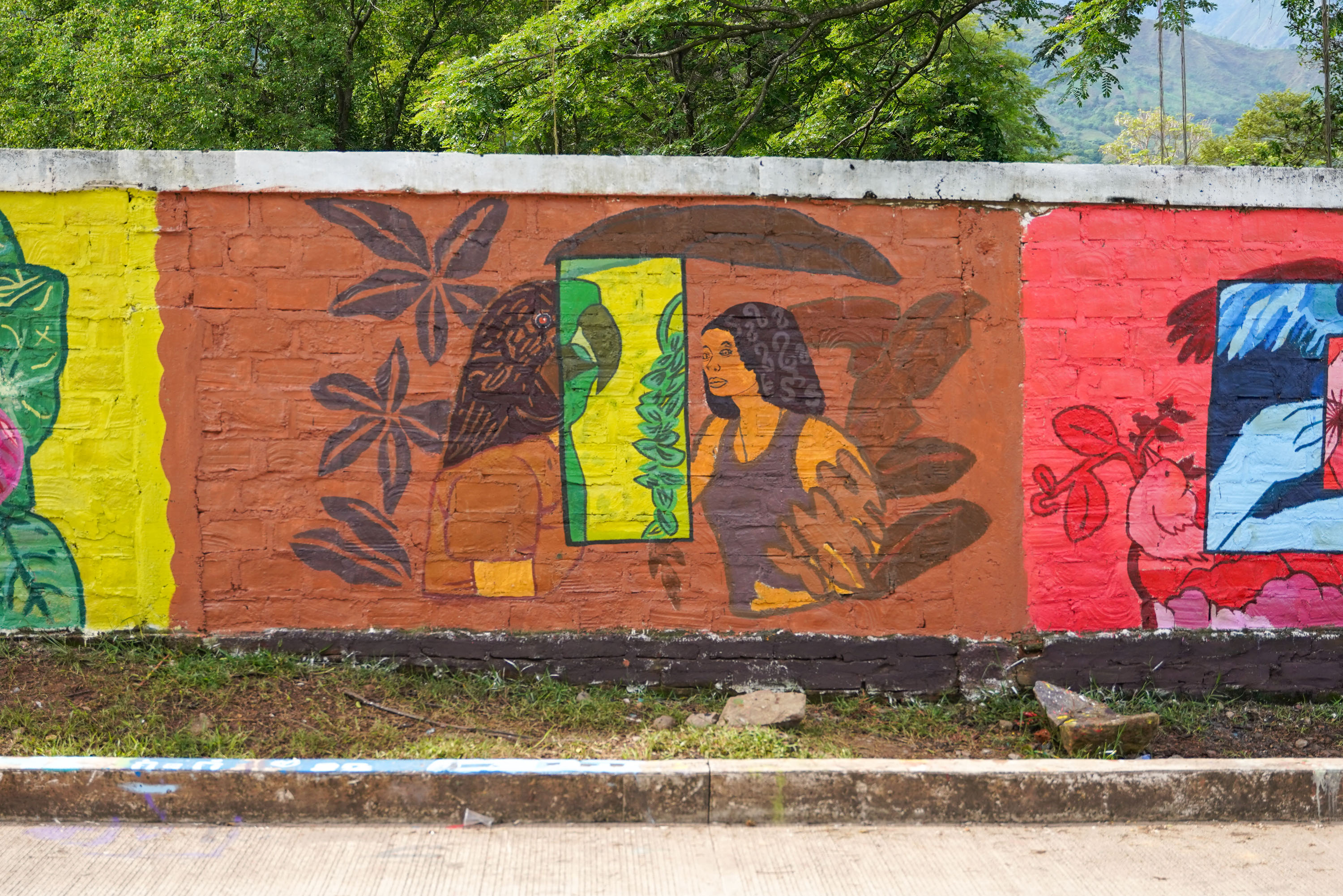 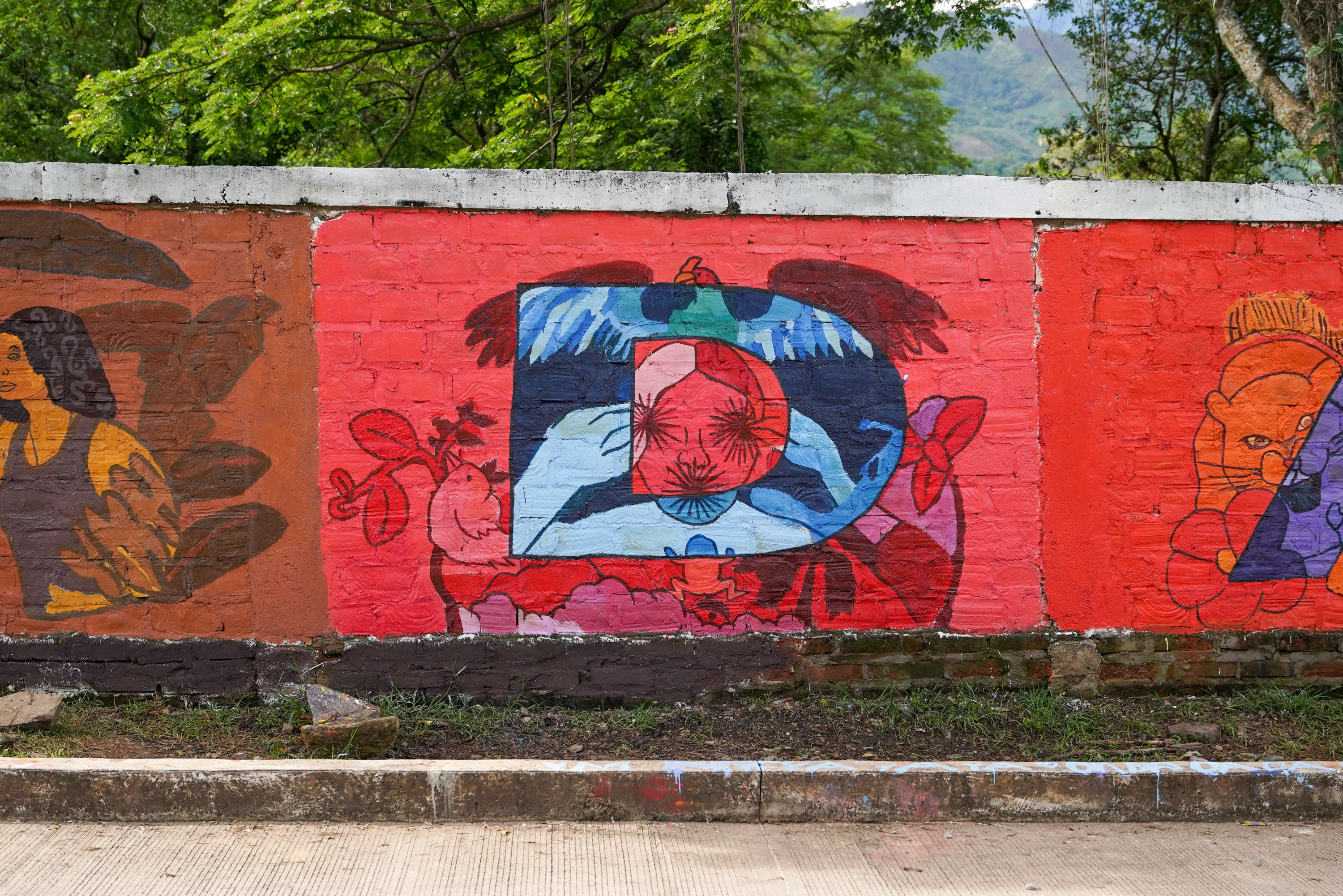 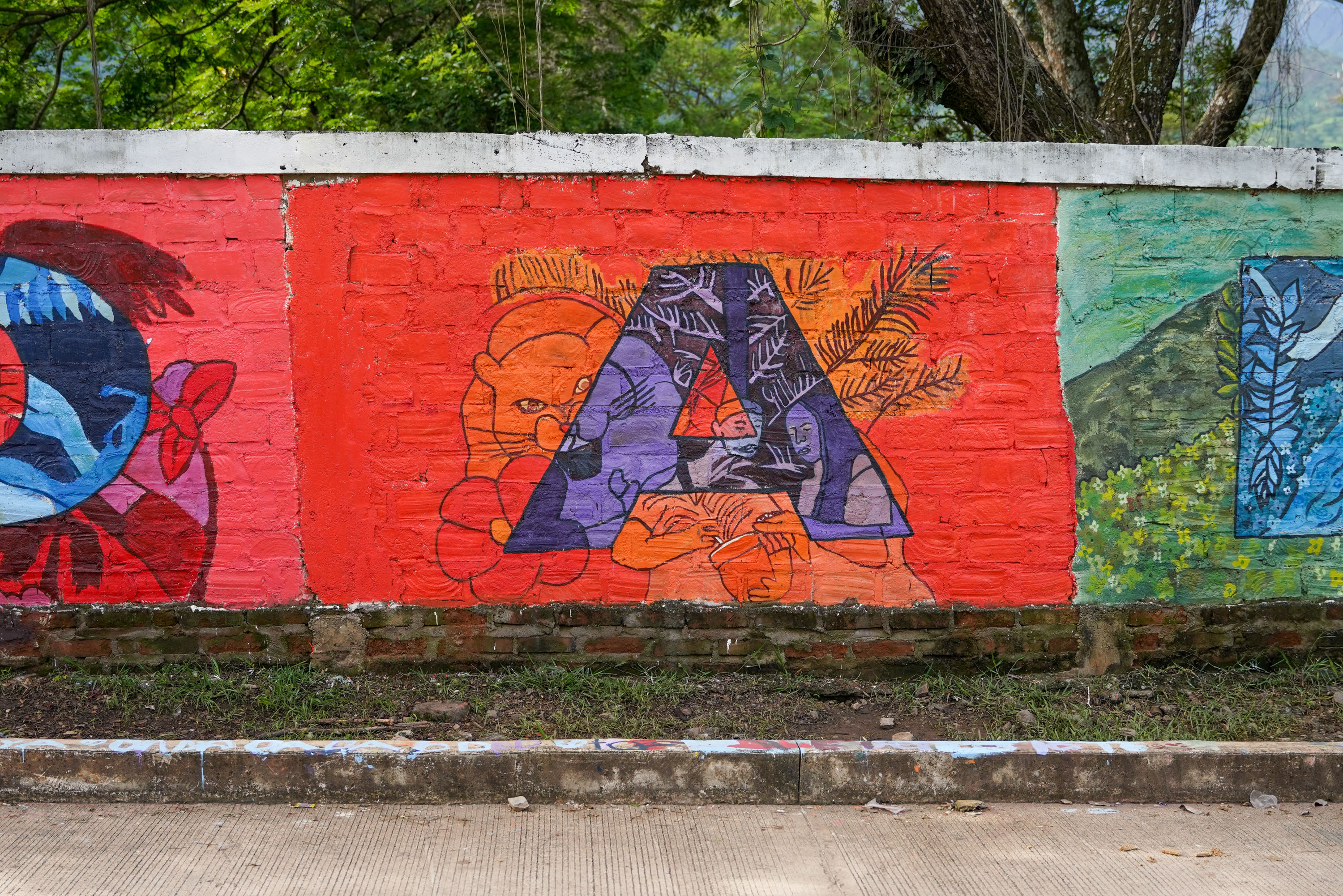 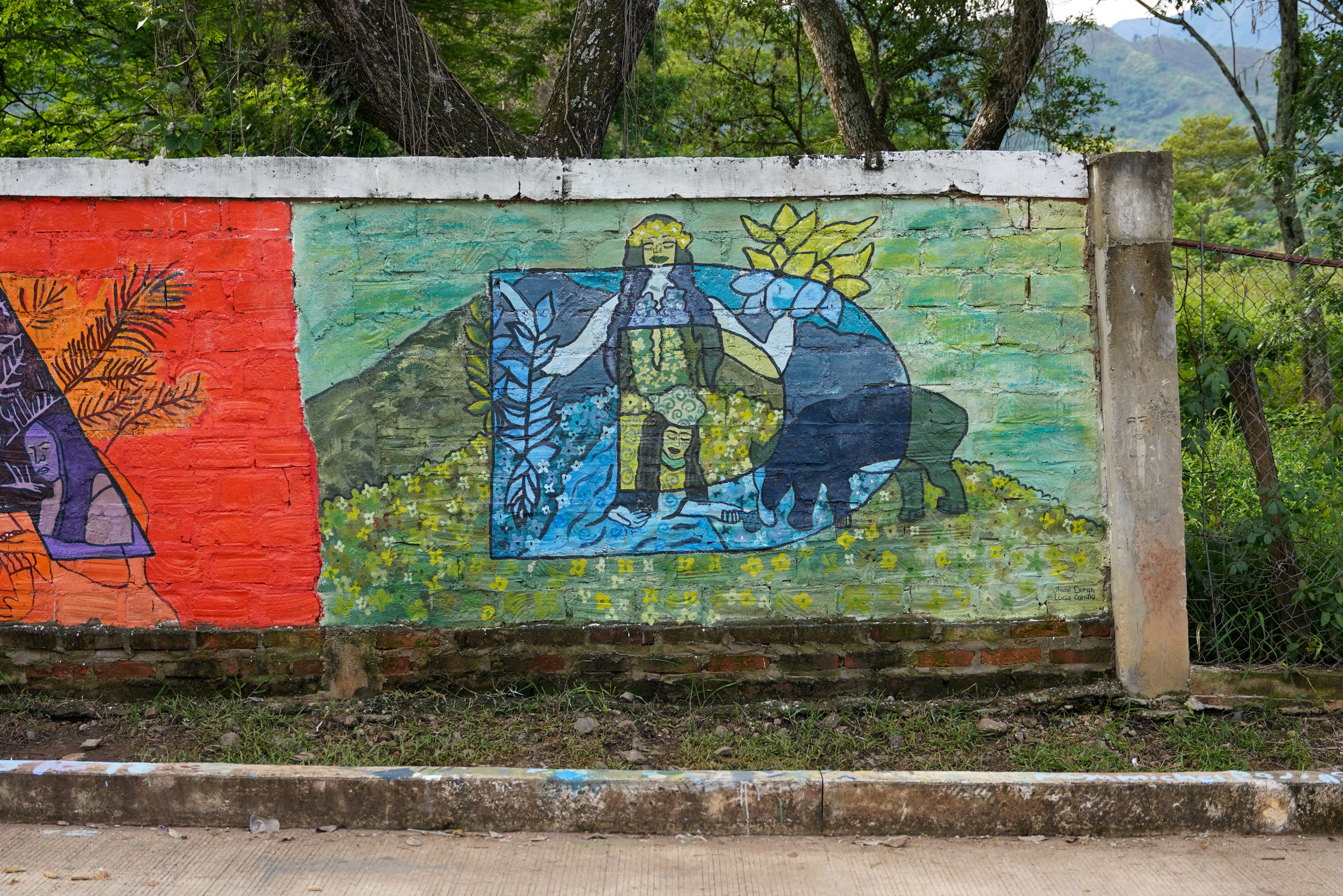 The Serranía del Perijá, the region where the festival took place, is of great cultural richness, highlighting the musical tradition of vallenato, the presence of indigenous groups of the Yuko, Yukpas and Bari ethnic groups and the environmental, ancestral and cultural connection with the Sierra Nevada de Santa Marta. The Serranía, a corridor of the Andean Cordillera and transition to the arid zone of La Guajira, is home to endemic species, wetlands, and is the region's water reserve and repository. It faces a series of socio-environmental challenges due to the threat to its strategic ecosystems, such as the tropical dry forest. Deforestation, deterioration of water basins, open-pit coal mining and soil degradation are some of the problems that called us to carry out the Festival in this region.

Antonio Rudas accompanied us on a field trip through the forest that borders the city of Manaure: the Caracolí forest of the Manaure River. There we learned about endemic species, the specific functions of some species such as the dry fig tree that inhabits the river basins. One of the many things we learned is that in the forest no species goes hungry, they are all in balance and self-sustainable. These field trips are important to nurture the workshops and bring the participants closer to the biodiverse identity of their region.

The Muralism workshop begins with a series of exercises of body, gesture and communicative drawing, writing and drawing silhouettes and patterns in which the interior of the bodies housed fantastic and colorful landscapes. The diversity of the group is evident in the visual results of each exercise.

After days of torrential rains and difficulties in mobilizing the young participants, we were able to define all the images for the mural of D I V E RSIDAD. The image of each letter was composed by a photograph-collage of themselves with the symbolic elements for their lives and their region. With the help of the group and the entire Sinfonía Trópico team in the evening of April 23rd, each image was transferred online, leaving the wall ready to start early the next day.

"You see and feel collectivity

You feel and see fellowship

This workshop leads a process of sensitization of students towards photography and biodiversity. Camera in hand realizes the importance of ecosystems and the environment and therefore, the fundamentals of life, through images of nature around us. In the workshop we built pinhole cameras, a camera obscura, made lumen prints and drawings with light to become the visual voice of nature. Our process ended with an exhibition within the final event and in a restaurant in the city.

Songwriting, music composition and dance came together in our music workshop to create the musical landscape that was part of the final event. The composition and writing of songs was approached as a game in which we can all participate, whether we have musical knowledge or not: we started from the idea that we all have the ability to compose songs, verses with music.

After the Festival we presented the song No llovió, composed in the music workshop and part of the final event, as part of the virtual concert "Drought and Flood: An Artistic Contemplation" organized by the Science & Technology Policy Fellowship of the American Association for the Advancement of Science (AAAS).

For the first time in a Sinfonía Trópico festival we had the development of a workshop dedicated to impart basic concepts of journalism focused on the realization of a podcast which resulted in three chapters of the series called Tierra de Encanto (Land of Enchantment). Interviews were conducted with local characters to talk about Nature in Perijá, Mental Health and Gender Violence.

‍
We carried out the performance workshop Yo Colectivo to reflect in a communitarian way in order to empower the voice of their knowledge and materialize an act of protest for the care of the environment. From the field trip to the final event, the bodies of the participants entered into dialogue with nature and became part of it.

The samples that were collected for the Botanical Illustration workshop formed a small cabinet of curiosities for the whole team and for the participants: seeds, leaves, branches, shells, natural dyes, among others were the materials that generated illustrations of nature. Frottages, impressions and hullas left by the raw material with its own dye made up the result that was shown in the exhibition at the final event and in this fanzine.